Whether you're thinking of a rebrand, a new brand or amplifying your existing brand give us a call to hear more about how we can help.

Anthology has experts and expertise across the varied disciplines of design. We work intimately and strategically for clients with an entrepreneurial passion blended with commercial experience. We create new brands, revitalise existing brands, develop new products and take them to new markets and we amplify our clients voice through digital and traditional channels. 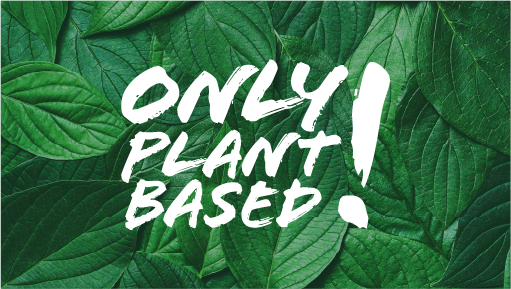 When timescales demand fast results, we activate our design sprint team. Only Plant Based is a recent example, accelerating our client's vegan mayonaise and sauces concept for the UK and US markets. From brand naming, market testing and packaging design to in-store presence in just 10 days.

Day True is a creative partnership dedicated to improving lives through better design. From their studio stores in Chelsea, Maida Vale and Wimbledon Village they create bespoke kitchens, bedrooms and bathrooms for customers who share their love for impeccable taste and real-world usability. We work strategically with Tony and Hayley, shaping their business, adding volume and resonance to their brand and digital voice and introducing them to beneficial commercial opportunities.

Apeer designs and manufactures some of the UK's most elegantly modern composite doors for customers' homes. Until recently their marketing focused solely on the trade distribution network, but a shift in marketing strategy prompted them to task us with refreshing their brand to put more emphasis on consumer benefits. Our response was to design a consumer facing website, along with brochure and develop a social media strategy. Potential sales leads increased threefold within one week of the campaign's launch. 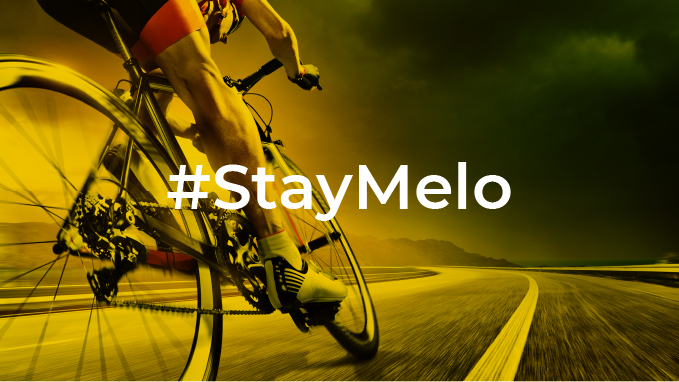 A really smart start-up idea, Velo Yelo ships elite cyclists' bikes to their warm weather training camp or competition location, leaving them free to concentrate on success. This focus on stress-free travel inspired our hashtag #staymelo and we used it across social media to drive awareness of the Velo Yelo brand.

O4 is a UK and Ireland based independent Clinical Research and Site Management Organisation that has been designing and managing trials in the UK and Ireland since 2009. We gave them a unique tone of voice, new website and ad campaign that amplifies their brand and message.

After working in London's fashion houses Giles Kennedy created his own collection, revealing it during 2020 Paris fashion week. We supported Giles new brand launch by establishing a relevant digital presence that gave him clear visibility in one of the worlds most competitive, brand-led markets. Separately we have worked with Giles on various fashion and interior projects.

Murmur by Bedeck is a holistic range of home accessories and furnishings. We worked closely with the internal Bedeck product design team at every stage to develop the new brand and define the product range.

Jason Canavan is one of the UK's premier kitchen designers, but his brand had gone untouched for over 10 years and his marketing required a re-energised effort. Anthology's Paul Lupari has many years experience and knowledge in the UK kitchen market at the highest level and put it to good effect - creating a marketing strategy for Canavan.

We renamed and redefined this architectural practice in readiness for the senior partner's son joining the business. Our modern, energetic visual identity symbolised this watershed moment in a simple, singular piece of design narrative built for a new generation, but without forgetting its origins.

We have an entrepreneurial mindset and often approach clients with business opportunities. One example of this in action is a product development project currently underway with Day True.

Lumi is a range of windows and doors with a unique design feature - the glass pane is bonded to the surface of the frame giving an 'all-glass' look to the exterior. Lumi's clean lines add modern elegance and cutting-edge sophistication to any property. One of the first of it's kind to hit the market, we helped the Lumi team to create a strong consumer brand and go-to-market strategy as well as a campaign to educate retail partners across the UK and Ireland. 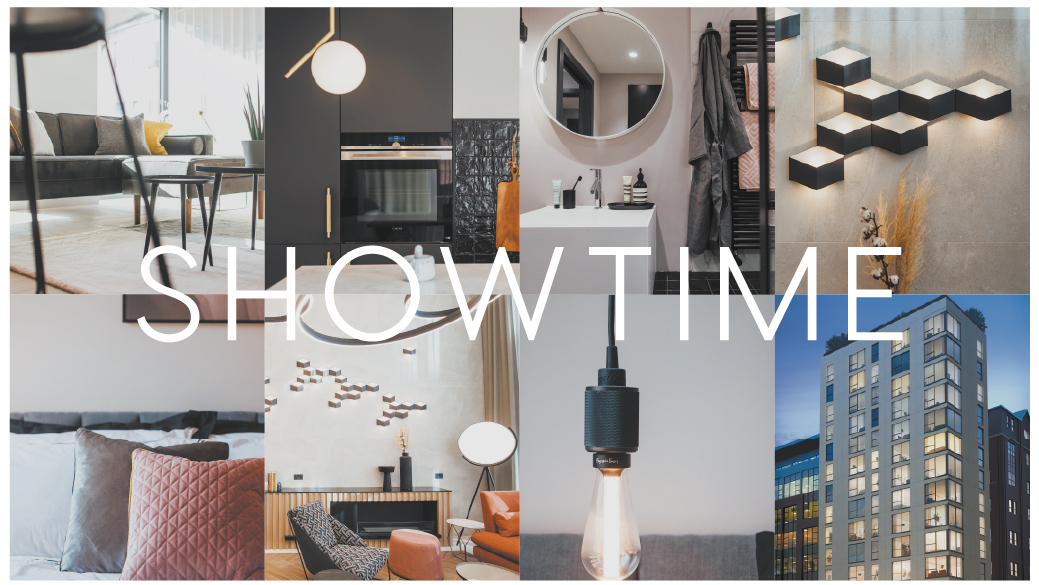 THIS IS SPECIAL. FX

The FX apartment development involved supporting a long standing client Alan Fraser to bring from early concept to fruition a unique development concept for city centre living in Belfast. Our involvement took in all aspects of visual and interior design as well as all the support to market and sell the properties.

We have had a unique experience over the past five years to work directly on a global scale with many of the worlds leading brands and businesses, this expertise now resides within Anthology.

Lamont Stone is one of Ireland's premier suppliers of high-end granite and marble. However, to break into the lucrative London market they needed a more aspirational brand image to support their existing professionalism and expertise. We created a new brand narrative and rolled it out across printed collateral and digital assets. 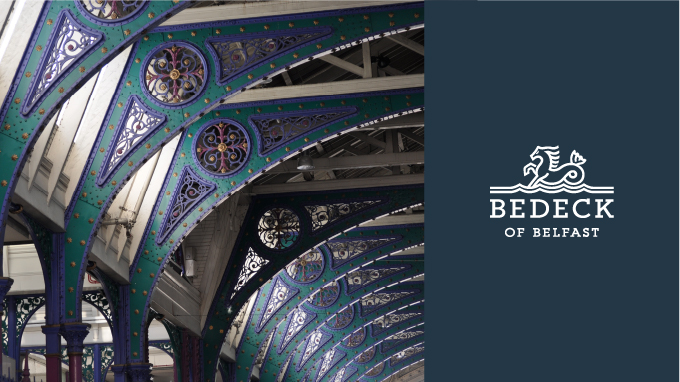 Bedeck is one of the largest bedlinen companies in the UK making on license for brands such as Joules, V&A and William Morris as well as their own house brand Bedeck of Belfast. We've been working with Bedeck for over 30 years having initially created both the name and brand. We continue to support Bedeck with strategic insight, retail space design, digital activation, social media advertising and internal communication.

Urban HQ brings a fresh all-inclusive approach to flexible workspace. From freelancers to international businesses, UHQ have created beautiful, vibrant workspaces, designed to drive productivity, inspiration, and collaboration. We helped UHQ create a new website showcasing the incredible spaces on offer, have a look for yourself, there's a virtual tour... 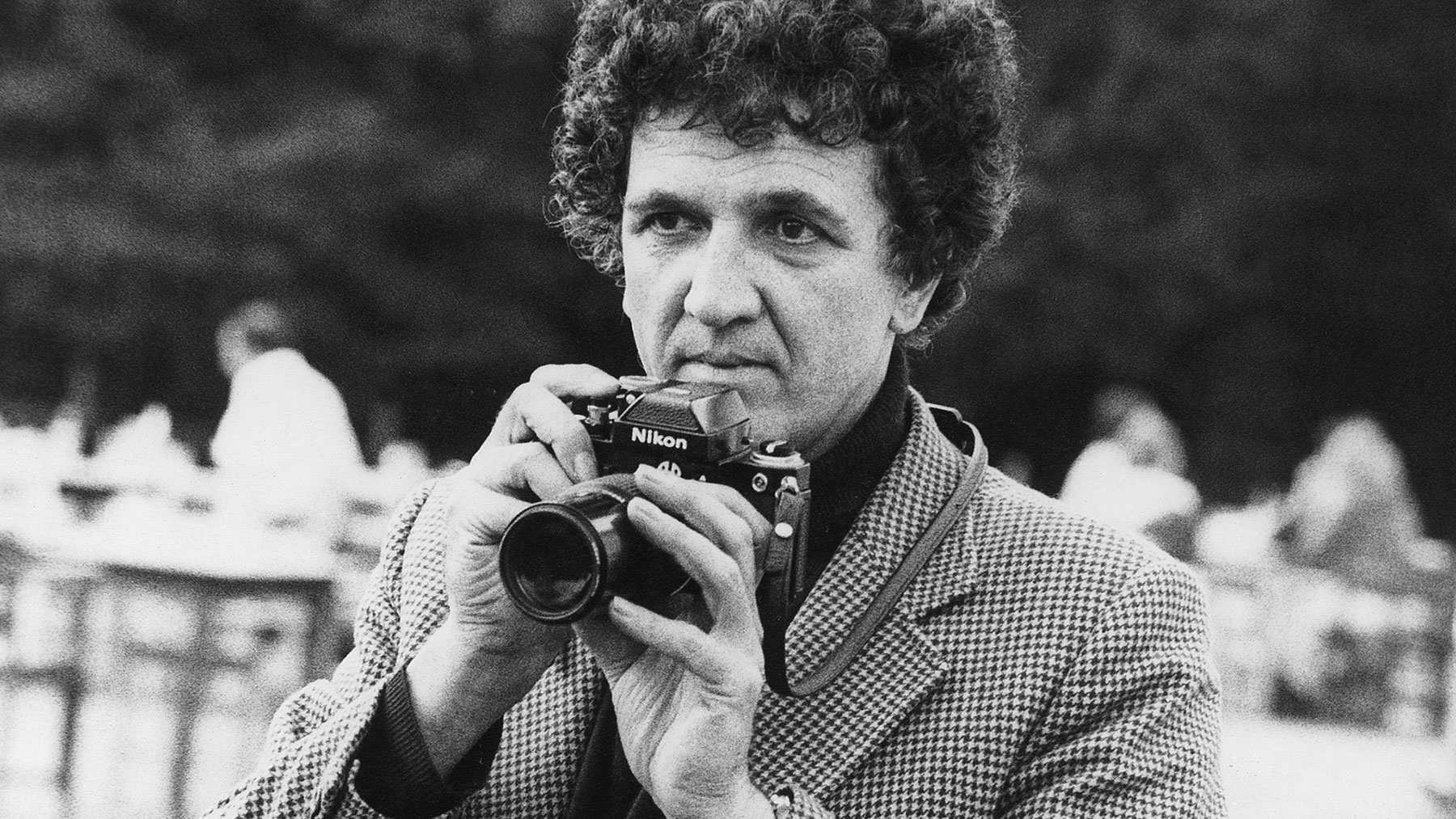 Although not a household name, Derek Bayes was one of Life magazine's top photographers in the 1960s and '70s, shooting hundreds of celebrities including Richard Burton, Stirling Moss, Louis Armstrong, Peter O'Toole and Led Zeppelin. He also shot The Beatles during their iconic 'All You Need Is Love' session at the BBC and then again, during filming of the movie, 'Help!' Thousands of Derek's shots that weren't final selections for the magazine remained unseen until his widow, Angela decided to share them with the world. We helped her secure a book deal with the publishers of an upcoming history of the Fab Four as well as planning and designing a large format coffee table book that celebrates all of Derek's previously unseen work.

Having designed with UsTogether a number of years ago an award winning unique range of bathroom products in conjunction with LG Hi Macs using their solid surface material we are developing new complimentary products to launch in the near future.

Another project with a tight timescale. Accelerated by our design sprint process, we created a brand and digital presence, promoting the 100-acre business park site to investors and developers via a website and drone photography. The website is content-rich with accompanying drone flyover footage and CGIs to show future plans and existing links to the wider transport network. 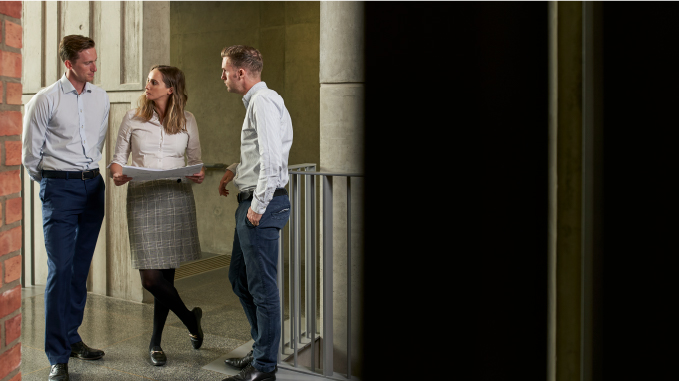 Fraser is one of of Northern Ireland's longest established and most respected home builders. Having worked with two generations of Frasers for over 35 years, in 2019 we re-energised their brand in readiness for the next generation to take over. 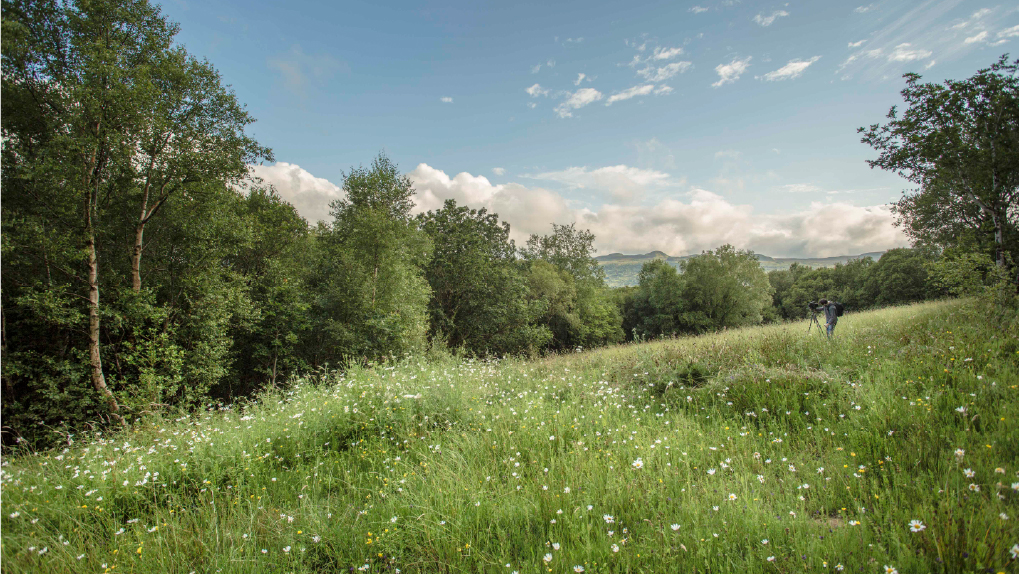 To help minimise our carbon footprint we plant trees and manage 50 acres of Lough shore woodlands and wildflower meadows and when a new client comes on board we commit to plant a selection of indigenous trees and encourage hands on involvement. 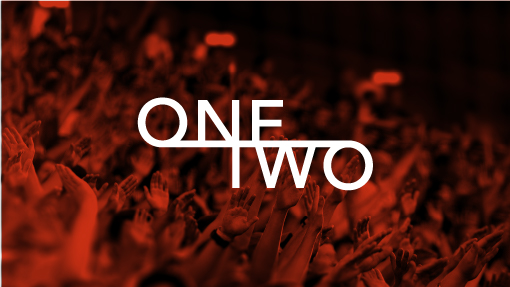 One Two is a football agent broker that primarily focuses on young talent, plugging them into much larger agencies and bigger opportunities. With name generation, brand creation, tone of voice and a range of other services to communicate their unique proposition in a niche, specialist market.